The on-grid solar system also known as grid tie system. This System used where grid are available 24hr and this is the very cost effective solar system compare to off-grid system and hybrid solar system for electricity saving.

This system consists with..

If system is producing more power than is being consumed, the extra power is fed into the main electricity grid via solar net metering system.

Net-meter is a utility billing mechanism which keeps record of export and import of electricity of solar panel system and grid.

An off-grid solar system is intended for the force needs of mid-to enormous size homes. Dissimilar to lattice tied universes, off-network frameworks have no association with the utility matrix and must make all the power important to control your home.

Sun based boards produce the capacity to charge the battery bank. Your off-framework close planetary system must be estimated appropriately to meet your day by day power needs and supplant the put-away vitality pulled from the battery bank. Flexion is best solar energy power solution company in Mumbai, India. 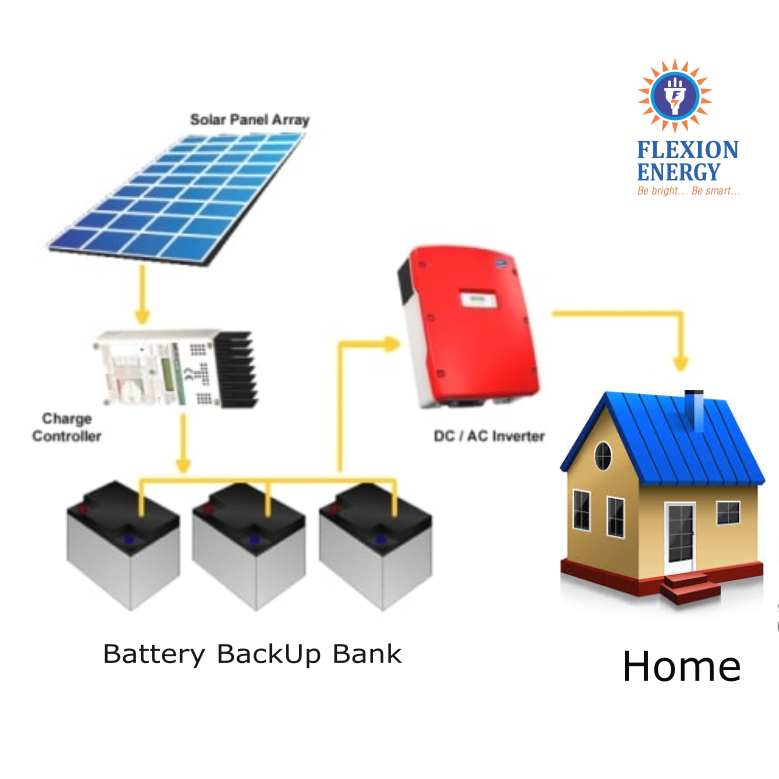 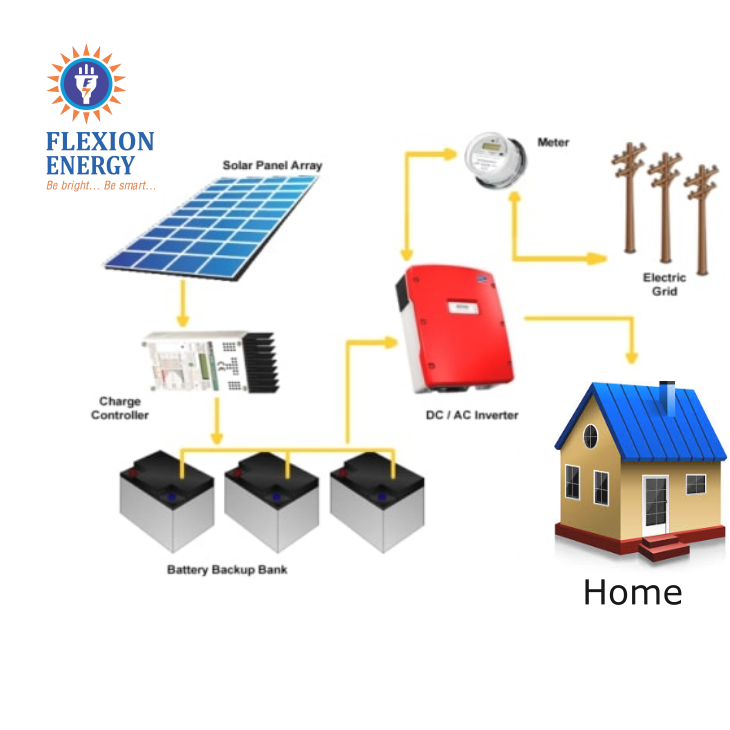 During the power cut this system will work and this system is more flexible as compare to on-grid and off-grid system.

This system is totally used on automation based. In this system we can connect load on battery, solar panel, on-grid in case of extra use.

1. All in one Hybrid Inverter/ System

The hybrid solar system uses an all-in-one hybrid inverter which contains a battery inverter/charger and solar inverter together with clever controls. It determines basically the most efficient use of available energy. The hybrid system is basically a hybrid inverter together with a lithium battery in one complete package. Most appliances there are many capabilities and features which differentiate the great variety of hybrid systems.

It works like a grid feed solar inverter which enables storage of solar energy in the battery system for the self-use. The main disadvantage of this inverter is that it not contains any grid isolation device. It means that it cannot supply power when there is a blackout. It also is known as UPS function or uninterruptible power supply. If grid stability is not an issue then hybrid inverter would be a great economical choice.

A hybrid inverter can be used as both an on-grid or off-grid inverter. It has a great backup capability. Under the normal operation, it can supply power to the home, charge batteries and excess power can be fed into the grid. If there is a grid or blackout become unstable. It will automatically switch over to a battery supply and continue to operate independently from the electricity grid.